The Forgotten Redoubt of Ordona 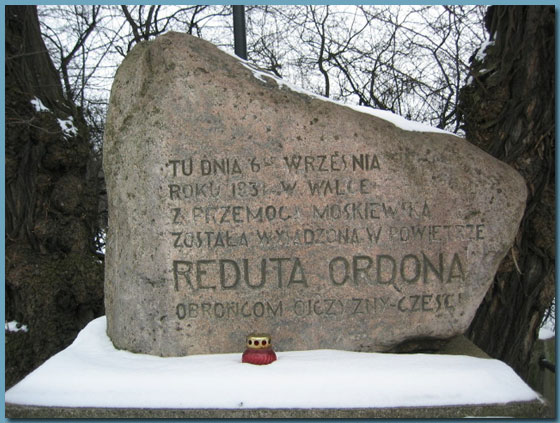 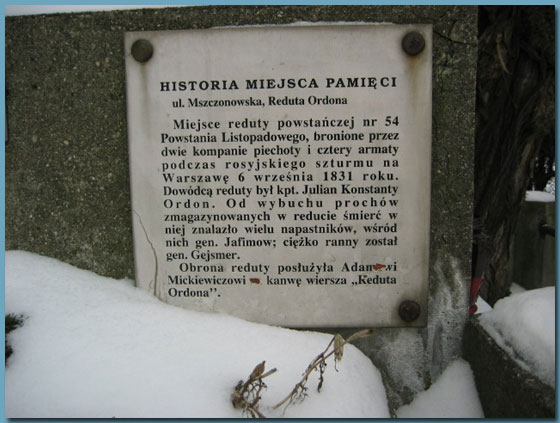 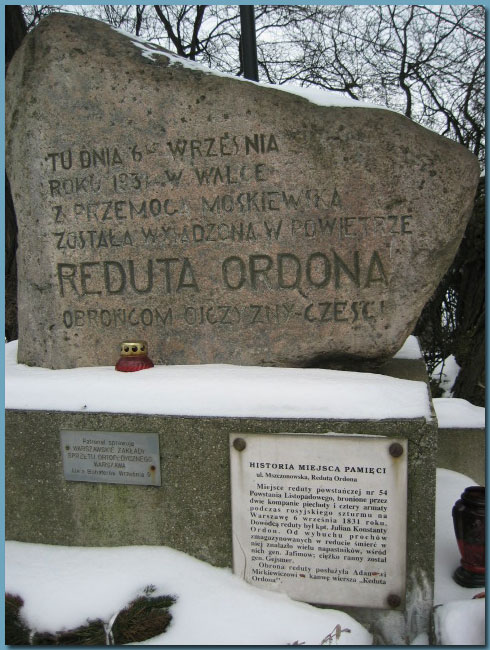 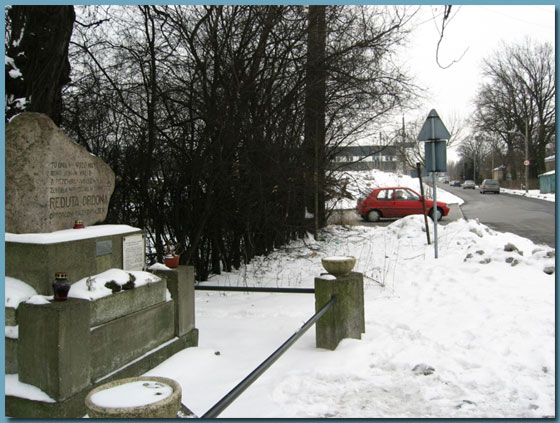 There are places, probably everywhere and always, forgotten by the present and people.

When you enter Aleje Jerozolimskie to the center of the Polish capital, Warsaw, right in front of the Western Railway Station, now, at the beginning of the 21st century, the world of colorful buildings and neon lights blinds us, on the right side the dome of the shopping center “Blue City” (“blue” in English, but also “sad” , gray, sad “city”?;), on the left there is another huge shopping center called “Reduta”: but where does this redoubt come from ?, defense against customers ?, against whom, what ?; It is a pity that at the entrance / exit to / from the “Reduta Shopping Center” there is no small plaque explaining that where to find it, it is all about … “Reduta Ordona”!

These are the greatest symbols of Poland’s fight for independence, the history of the November Uprising of 1830. “The commander of the Warsaw station, unable to effectively oppose the numerical superiority of the enemy, at the last moment – when the enemy had already entered the redoubt – blew himself up, inflicting great losses on the enemy.”

Do you remember from school, crammed by heart, the first lines of “Reduta Ordon” by our greatest national bard, Adam Mickiewicz ?:

We were not ordered to shoot. – I stepped on the cannon

And I looked at the field; two hundred cannons thundered.

The ranks of the Ruthenian artillery,

Straight, long, far, as the shores of the seas;

And I saw their leader: he came running, he nodded his sword

And like a bird he folded up one wing of his army;

Squeezed infantry pours out from under the wing

A long black column, as the lava of mud,

She was sprinkled with sparks of bayonets. Like vultures

Thousands of customers leave the shopping center every day, right next to the intersection, where, hidden in the bushes, stands a proudly forgotten national monument.

Passer-by, customer, pause for a moment of reflection on our common past – “because the present, the future and the explanation of everything are born from it.”

There is also a “small” thing with an inscription on this one of our most important national monuments – the beloved “Mr. Craftsman”, who probably received and made an inscription on the stone too quickly and easily, forged the year … 1931 (SIC!), Until he asks to sneak in under this important national monument in the evening time and tease the few centimeters by making 9 – 8! But isn’t it punishable? It is also very interesting where the officials who accepted this job were, not to mention the official delegations that laid flowers on the occasion of cutting the ribbon and various national anniversaries (or maybe such ceremonies never took place?).

I cordially greet all fans of discovering forgotten national monuments and recalling our shared priceless values ​​and the online National Gallery GA.PA.

PS I dedicate this application to the National Gallery of GA.PA to Adrian Markowski (journalist, writer, poet), who showed me this sign of forgotten memory. Thank you Adrian, who comes from Italy near Warsaw!