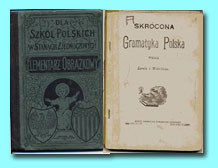 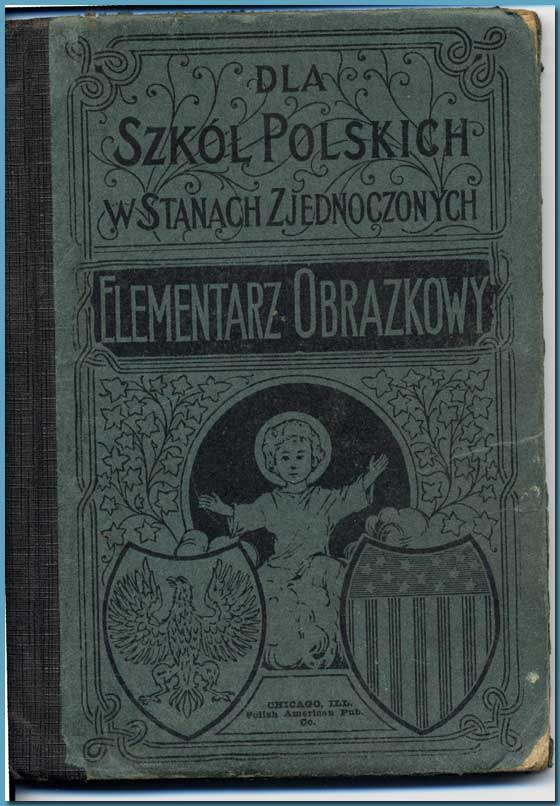 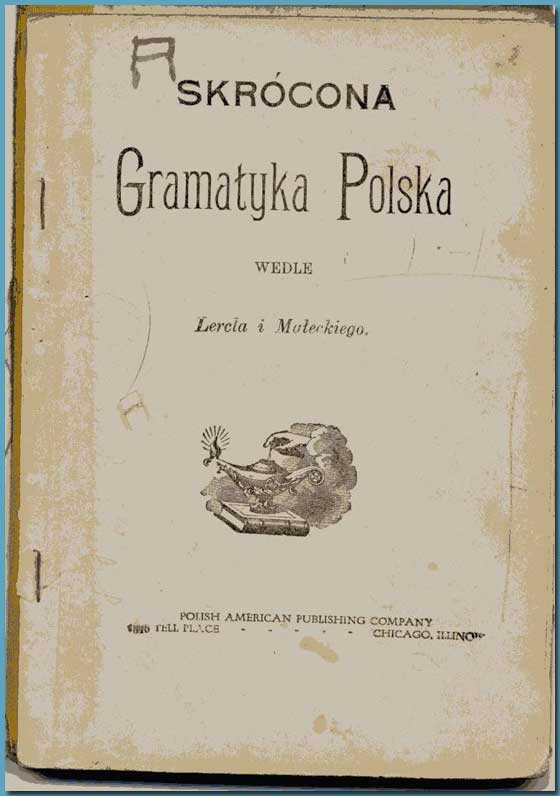 I bought these two books, which are actually small /13x19x0.6cm/, at a garage sale in Michigan while on vacation. It was in 1996 and the village was called Manistee. There were all sorts of antiquities worth a pedestal and worth nothing. The books immediately caught our eye. The price of them was ridiculously low, if I remember $ 1.- for one. However, it was not the price that was important to us, but the fact that among the enormity of these American things and objects there were two gems and they also appealed to us in Polish. Somewhere in Manistee, Michichan. Clearly, books were waiting for us holidaymakers from the state of Illinois, Poles.
The books were used reliably, because you can see the destruction of both the covers and the pages.
Many children whose parents wanted their children to speak Polish had to use them. There are even entered, almost illegible names and surnames of subsequent owners. The books are over 100 years old, printed in 1899 for the needs of Polish schools in the United States.
Whatever Polish emigration to the States was, be it the old emigration from 100 years ago or the new one from a year ago, all Poles here in their new land try to cultivate their language, traditions and customs. It was and will be.
Who was born a Pole – will die a Pole, no matter where his fate took him.