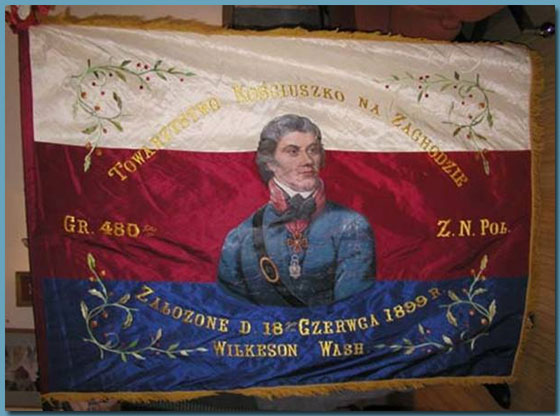 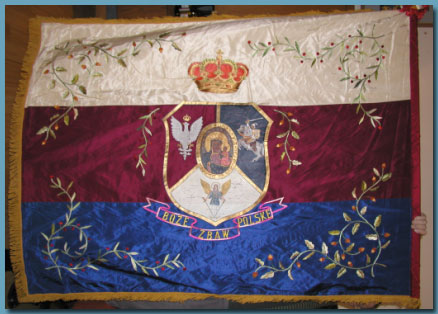 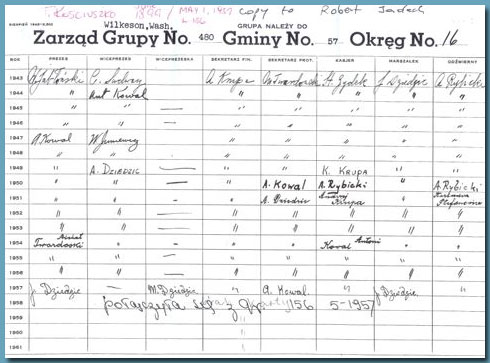 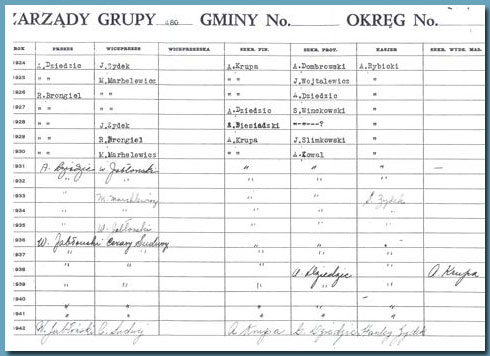 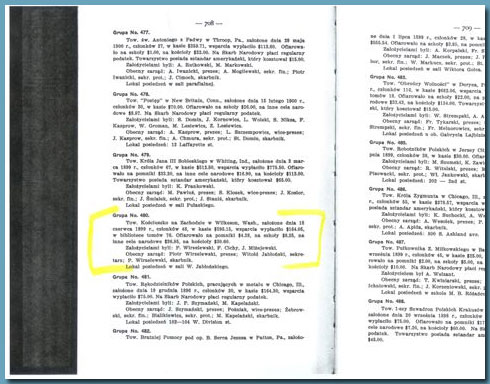 A historical PNA flag from 1899 donated to the Polish Home

A wonderful link to the local Polish-American past, the flag was salvaged 40 years ago from a Wilkeson, WA, tavern and donated to the Polish Home recently by Mr. Bert Pond of Seattle. Wilkeson, not far from Carbonaro on the northern flanks of Mt. Rainier, was a mining community. The flag of the Kosciusko Association in the West that was the Polish National Alliance Lodge #480, is dated June 18, 1899. For comparison, Polish community in Seattle started as the PNA Lodge #489 in Ballard in early 1900s and moved to the current Polish Home in 1918. The Polish Home Association is exploring proper ways of fabrics conservation before putting the flag on display at the Polish Home.

from Polish News from Puget – www.PolishNewsSeattle.org

Well I did find out some things (not too much though) about the Lodge itself.

The Lodge was called the Tadeusz Kosciuszko Society that was chartered by the PNA on June 18, 1899 and later merged with Lodge 156 (which still exists today) on May 1, 1957. The lodge started with 48 members. Founding members were: P. Wirzelewski, F. Cichy, and J. Mizejewski. Meetings were held to the time at the home of The Lodge Secretary Witold Jablonski. Looking at the Lodge Officers Listing which the PNA kept track of starting in 1924, your Grandfather Maciej Marchlewicz held the position of Vice President in 1925, 1926, 1927, 1930, 1933 and 1934. It looked like he held no other offices in the lodge since.

This is all I was able to find here at the PNA. The Lodge 156 which the Lodge merged with is in Federal Way Washington. The Lodge Secretary is James Hicker. Maybe he or anyone else from the Lodge might have more records about the Lodge. I hope this could help you out in the quest that you were seeking about the Lodge.

This came from the National PNA that we talked about the other day.
This is the actual list of officers names from the time of tracking to merging.