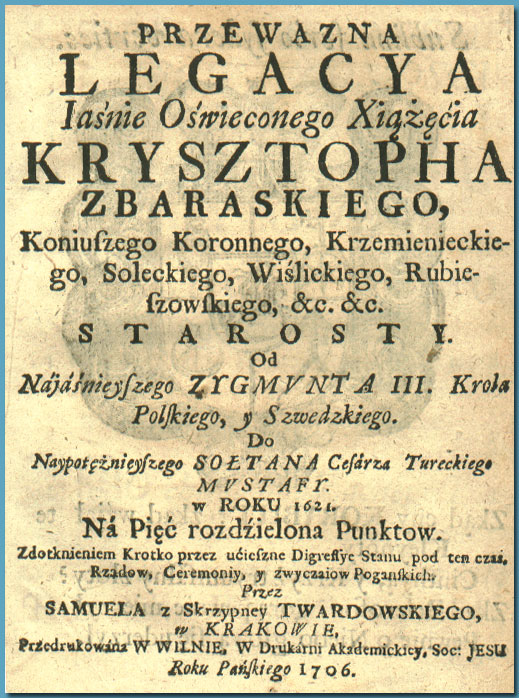 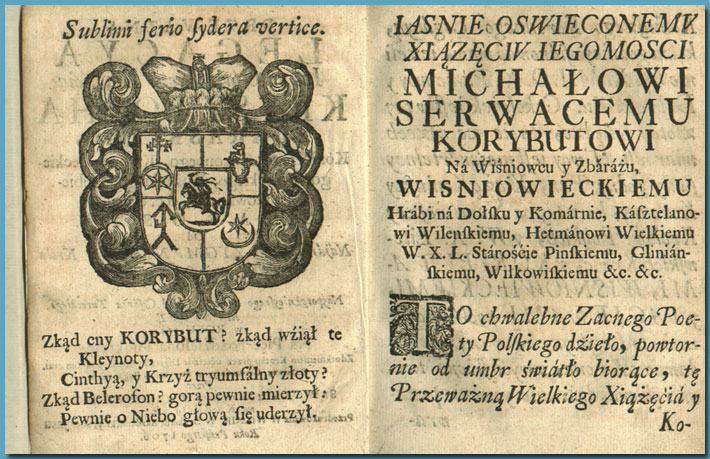 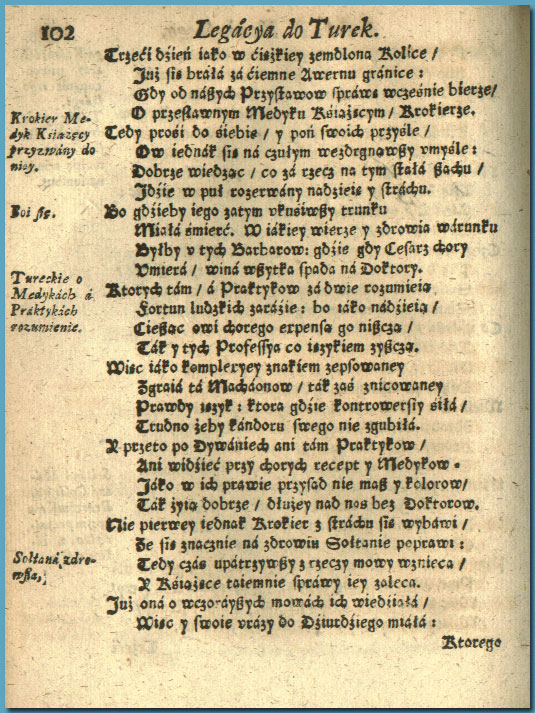 And we bought the GA.PA. Gallery theme.
Now we have found in our family library the continuation (previous sequence) IANINA – a panegyric about the victory at Vienna of the Republic of Poland 1683 over the Turkish invasion of Europe – our great Polish king Jan III Sobieski,
that is something from the history of many years of contacts between Europe and Turkey –

THE PRESENT LEGACY of the Enlightened Prince
KRZYSZTOPH ZBARASKI
, Crown Horse, Krzemieniecki, Wiślicki, Rubieszowski, & c. & c. STAROSTS.
from the most beautiful ZYGMUNT III. he Polish King, and the Swedish King to the Naypotent SOŁTAN of the Turkish Emperor MUSTAF in 1621.
Reprinted in VILNIUS, in the Academic Printing House, Soc: JESUS ​​of the Year of Our Lord 1706

It is a difficult Polish language to read and understand, but we invite you to try to touch it.
This is how Poles tried to describe and understand the customs of another nation.
This is 249 solid pages given in a line.

We scanned, apart from the cover pages, page 102 as an example of this language, but also of the Turkish customs of those centuries – if the chief (patient) left this world, his medic was obliged to go with him.

It begs for reflection – that our modern medics should bear such a risk of their profession. Not to mention other modern professions.

With this hope, we cordially greet you!