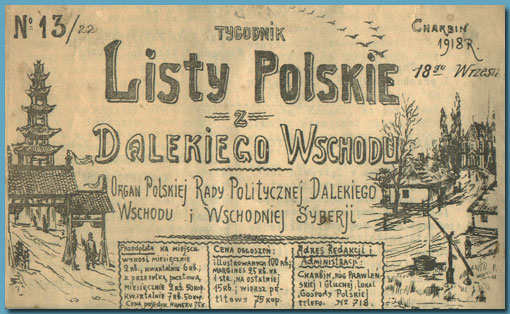 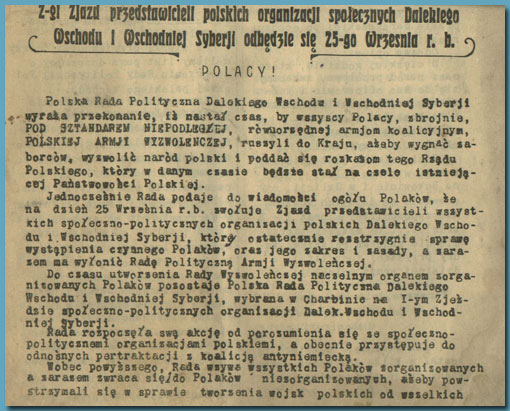 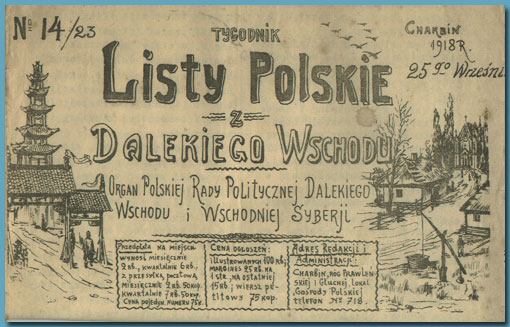 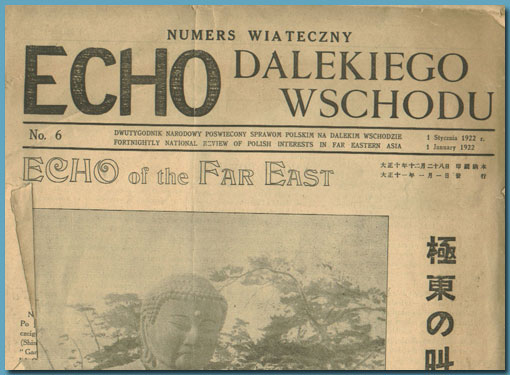 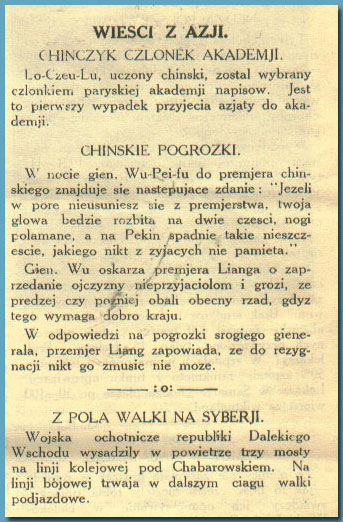 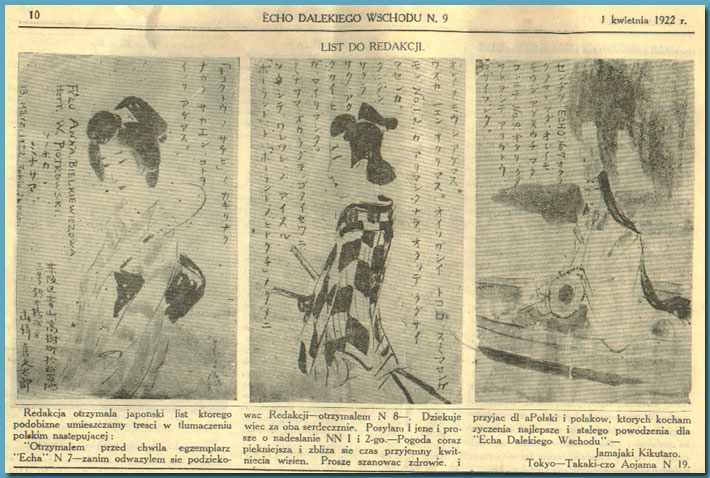 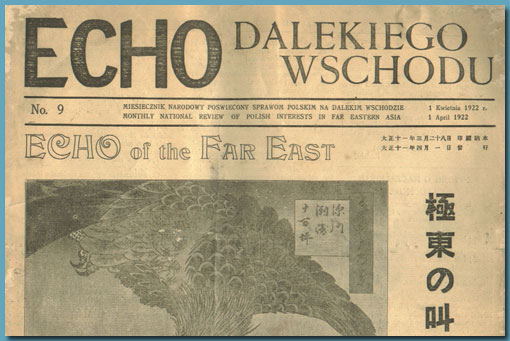 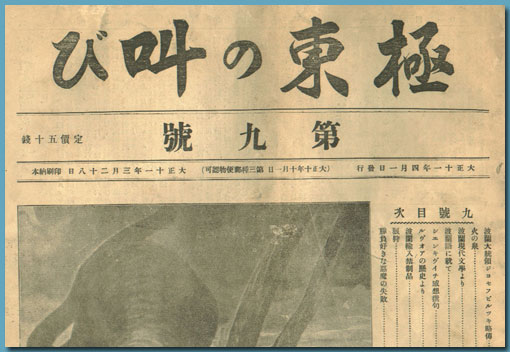 we would like to share with others in the GA.PA Virtual National Gallery old magazines from Manchuria that were preserved in the house of our uncle Wincenty Skorka:

Somehow these four magazines survived at home for so many years. Very interesting content, weekly printed lithographically in “Litografji Sztabu Redaktor Wł. Homan ”, the monthly is much richer in terms of illustrations, a lot of souvenirs from Poland and the former and current Japanese culture, printed in Polish and Japanese.

This family heirloom is after Uncle Wick, who fought and then lived in Manchuria (Russia’s war with Japan for territories in Asia – Korea, Manchuria 1904-1905), and then as a high-class engineer he built the Trans-Siberian Railway. After returning from Asia to Poland, he was fascinated with Buddhism, the culture of China, Mongolia and Japan until the end of his life. It must have been the amazing history of Poles in the 20th century, thrown by history to Manchuria and Japan, where, as citizens of Russia (Poland was then part of Russia), they had to fight for their national interests at all, and then, when they had to stay and live there, they created Manchuria and the Polish diaspora of Japan. They cultivated Polish culture in Manchuria, founded Polish associations and publishing houses. And after returning to Poland, conversely, with a huge heart and until the end of their lives, they cultivated the culture of Asia and Buddhism – the religion of the Far East in independent Poland.

To this day, the family memories have preserved the fragments of the past that after returning from Asia, Uncle Wicek traveled to Poland, to Italy near Warsaw, with a Chinese cook, which was a huge surprise for many friends. The people of Italy, just before the war, remembered him as a mustachioed old man, walking around Italy and dressed in the way of Chinese mandarin, they called him Chiang Kai-Shek.

Thank you for the opportunity to briefly mention Uncle Wick and his writings from Manchuria and Japan, and share this with others at the GA.PA National Gallery!

Dear Sir, I currently have the same problem as you seven years ago, unfortunately I do not have any starting point in finding the fate of my grandfather, maybe you now have any knowledge in what sources I could look for it (institutes? Archives? Internet addresses?) If so, then in which ones? I will be very grateful for any information.

I came across this very interesting text. I was born in Charbin in 1950 and we left as one of the last Polish colonies in September 1952.

I live in Szczecin, where the Charbiński Club has been operating for over 20 years, the president is Dr. Leonard Spychalski .

We work closely with the Pomeranian Library in Szczecin (Mrs. Cecylia Judek).

We work closely with the Pomeranian Library in Szczecin (Mrs. Cecylia Judek). If you can ask for copies of these magazines, I would be very grateful.

Best regards and waiting for a reply.

My name is Andrzej Romanow, I am prof. University of Szczecin, press historian and author of books in this field of science. For some time now, I have been collecting materials on the history of the Polish press in Harbin. I would be very grateful if you would like to provide me with xero of the attached numbers of “Polish Letters from the Far East” and “Echoes of the Far East”. Of course, I undertake to cover all related costs.

Many thanks for posting at least some information from that period from Manchuria.

My family’s fate has also been linked to Manchuria. My Grandfather was drafted into the army and sent to Manchuria in 1904. Of course, he never returned from the Russian army – he stayed there. Our grandmother and her children also went to Manchuria, but they returned approx. year 1918.

We are currently completing family documentation from that period.

If you have information about Poles from the period 1904 – 1920, please send me a photocopy.

I came across a page devoted to a brief mention of your Uncle Wick and the exhibits he brought from Harbin. I am a journalist, currently working on a film reportage project from China – one of the main topics will be the history of the Polish diaspora in Manchuria. I assume that in the film – apart from the photos from Harbin and statements of people who may still remember living with Poles in this distant corner of the world – there will also be statements of Harbinians who are still alive or their relatives who have some souvenirs, memories, notes or photos …

Please contact me for an exchange of views. I will be grateful for any help in documenting this interesting and little-known topic.

Welcome and thank you for the mail.

Of course, all these souvenirs are ready to share with others – this is the principle of the GA.PA online gallery

Tomorrow we will try to xero these extraordinary weeklies from Siberia – where to deliver !? Or maybe someone will pick up at our office:
Dom Handlowy Oprogramowania
ul. Żeromskiego 4a lok. 13
01-861 Warszawa
time. 8.00 – 16.00 (but tomorrow after 10.00 because you have to take a xero)

Greetings, and we would like to inform you that these online galleries have something to do with our friends – also ethnographers – e.g. Wojtek Dąbrowski from Australia, Marek Bogatka from Australia (a traveler, he was also associated with the Asia and Pacific Museum), etc.

mardyb8 @ wp.pl It so happens that I am writing a text about Harbin and Polish traces. I deal with Siberia in general, and not only.