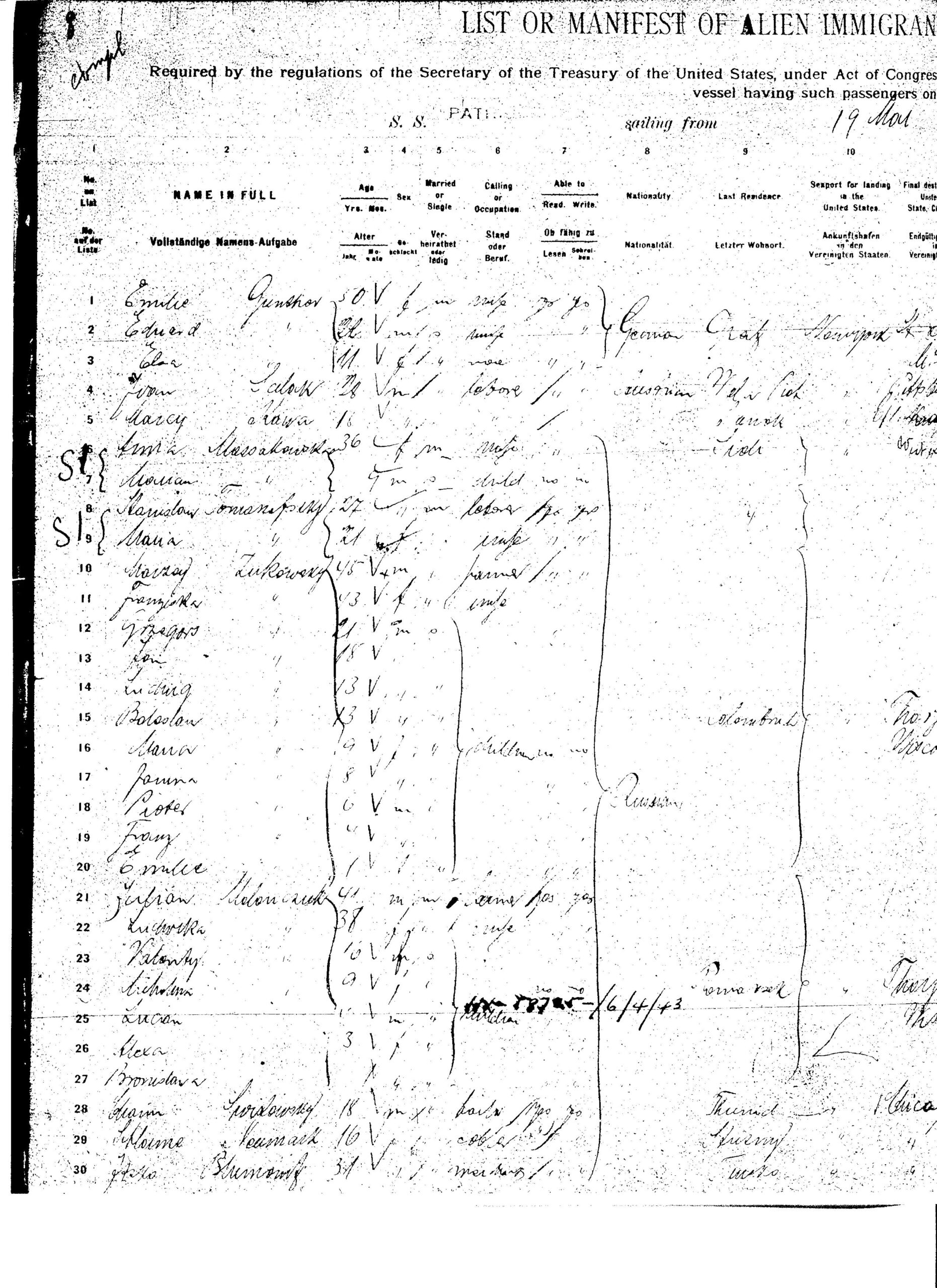 As you requested, I am attaching a scanned copy of the manifest of the Patricia (.jpg format). It views reasonably well using the Kodak image viewer that came with my Windows 98.

The original image was not very good, so the library I got it from had a difficult time matching up contrast and such. It looks like the Kolornbrek transcription was accurate (perhaps the “K” might also be an “H”). In the U.S., Zukowsky eventually became Zukovsky and then Gelp. “Grasgors” (I think probably Gregor) became George. In the censuses I have seen in which he is recorded, George calls himself “Russian-Polish” and gives his native language as Polish. On the manifest, as you see, the family is listed as Russian. His wife, my gg-grandmother’s sister, was Slovak. Where that leaves “Kolornbrek” I have no idea.

I did get an answer on forum whith opinion that Kolornbrek was in the area of region district Kyshtovskom/Kyshtovsky(Êûøòîâñêèé ðàéîí) in Russia. This seems to be in the south of what used to be the USSR in the general area of Armenia. But neither my atlasses nor my geography are good enough to tell for sure. As I read about the area on the internet, it has a mixture of ethnic group including a minority of Poles.