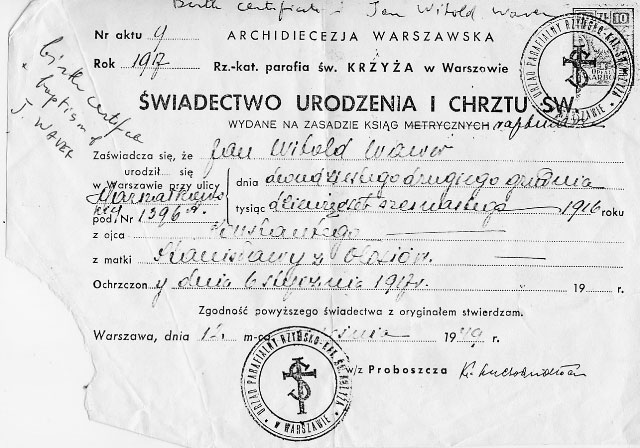 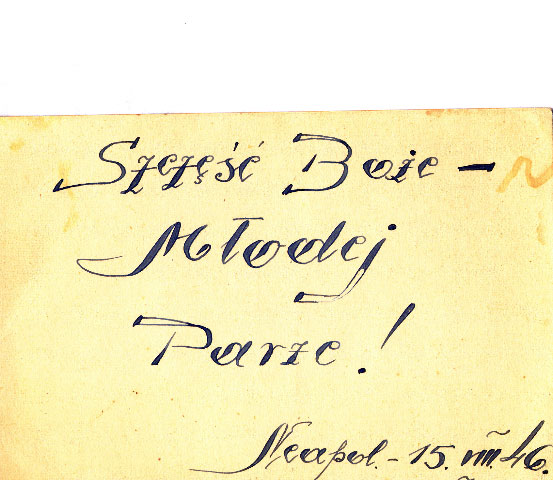 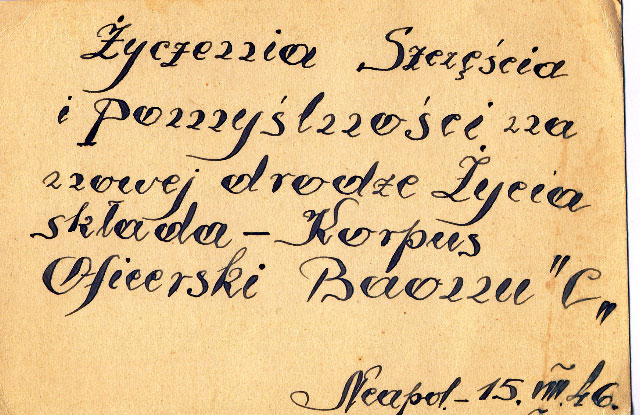 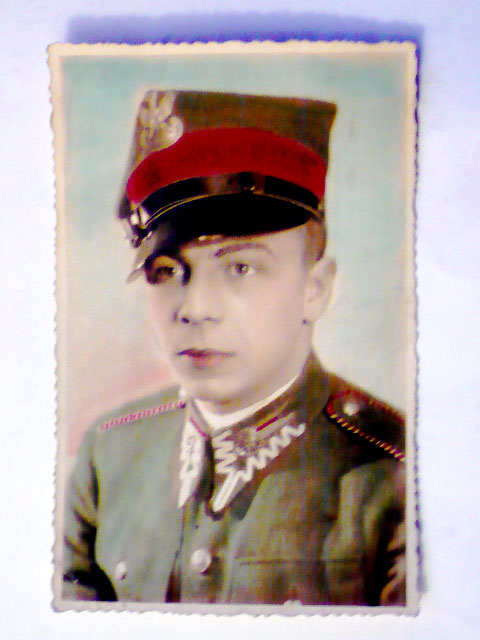 A few days ago I posted a query on Genforum looking for information on Konstanty Wawer who was killed at Katyn Woods.

Claude Wawer, the grandson on Konstanty Wawer is trying to learn about his Polish heritage.

Claude’s father was Jan Witold Wawer, who served with the Polish Army during WWII. He was captured by the Russians and then served with the British Army. He married in 1946.

In his father’s papers, Claude Wawer found what appears to be the birth certificate of Jan Witold Wawer, b. 1916. He also believes another paper is of his father’s marriage in 1946.

Do these documents have information that will help Claude know where to write for other records to learn about his heritage.

I was going to send these records direct to Genforum, but don’t know how to send an attachment to the web site.

Claude Wawer also sent me a photograph of his father, Jan Wawer in a Polish unifrom which I will send in another e-mail.

I apologize for sending this to you direct.

> Hello Dell.
> I found a couple of things that may help, a marriage certificate,
> birth certificate and a hand written note by my father.
> Maybe these can help with a church , or address.
> Claude

Hello again Dell,
I’m sending you a photo I found of my father in a uniform. This was
prior to his capture by the russians. Maybe you can identify the
uniform.
Claude