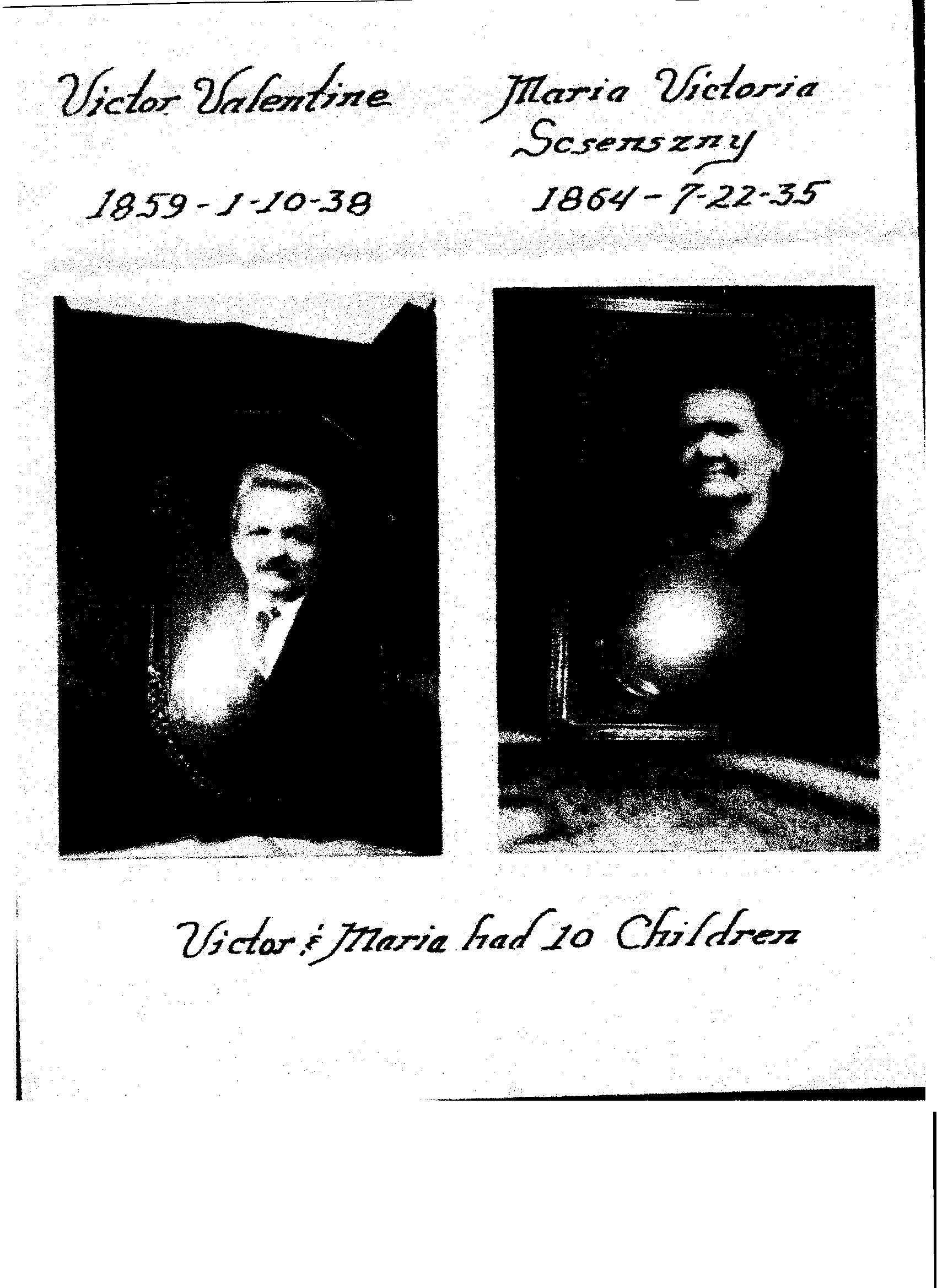 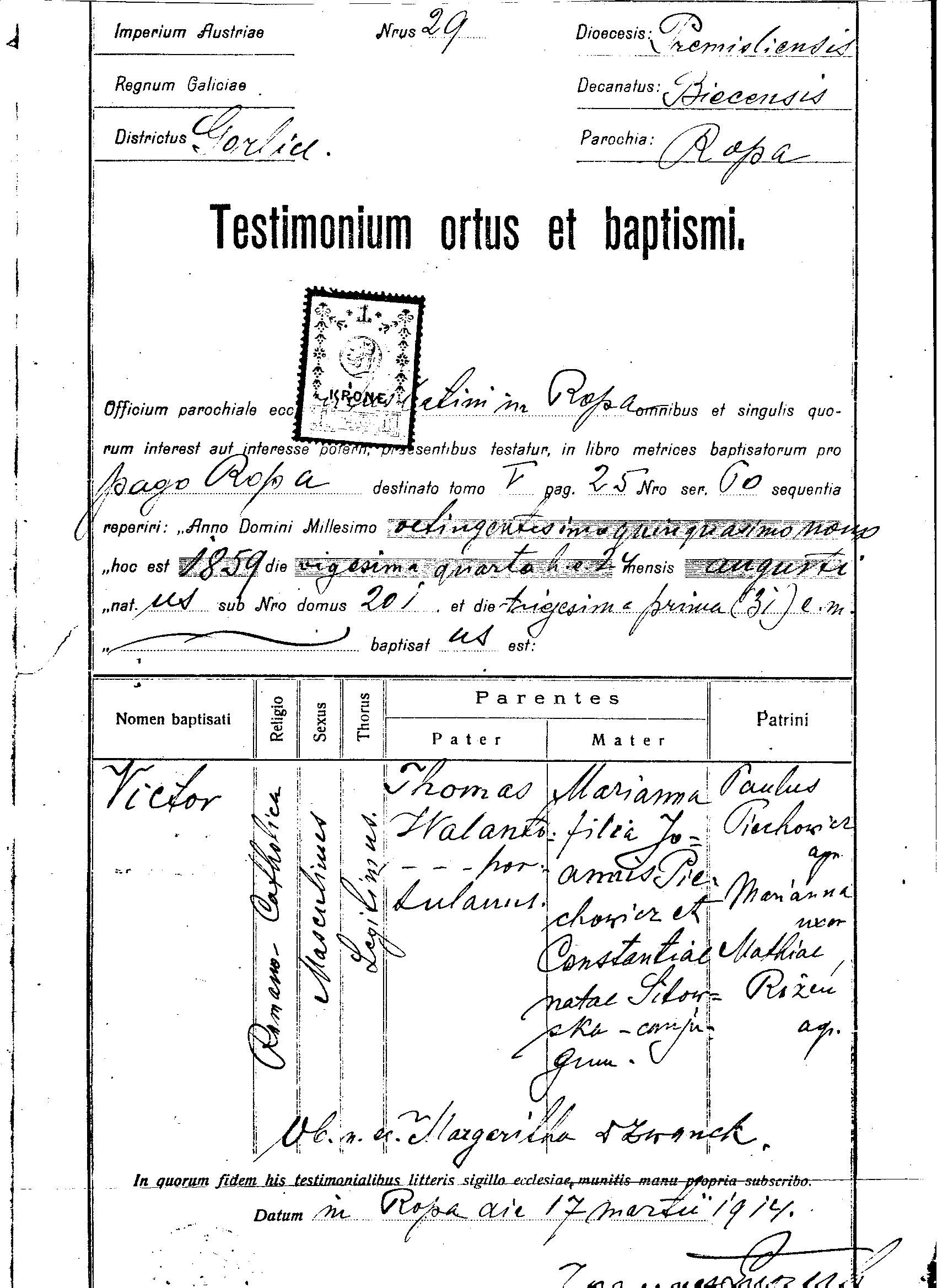 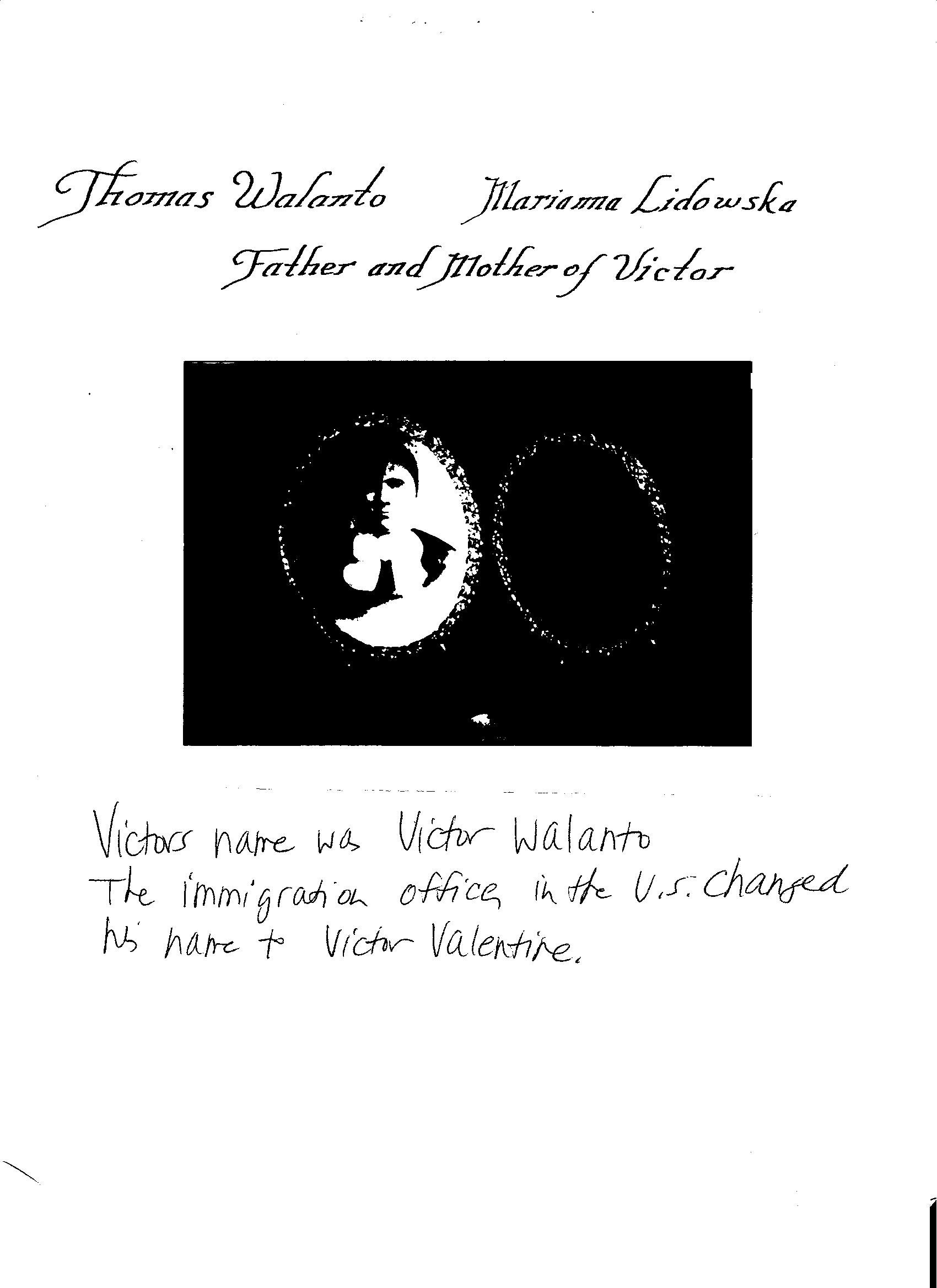 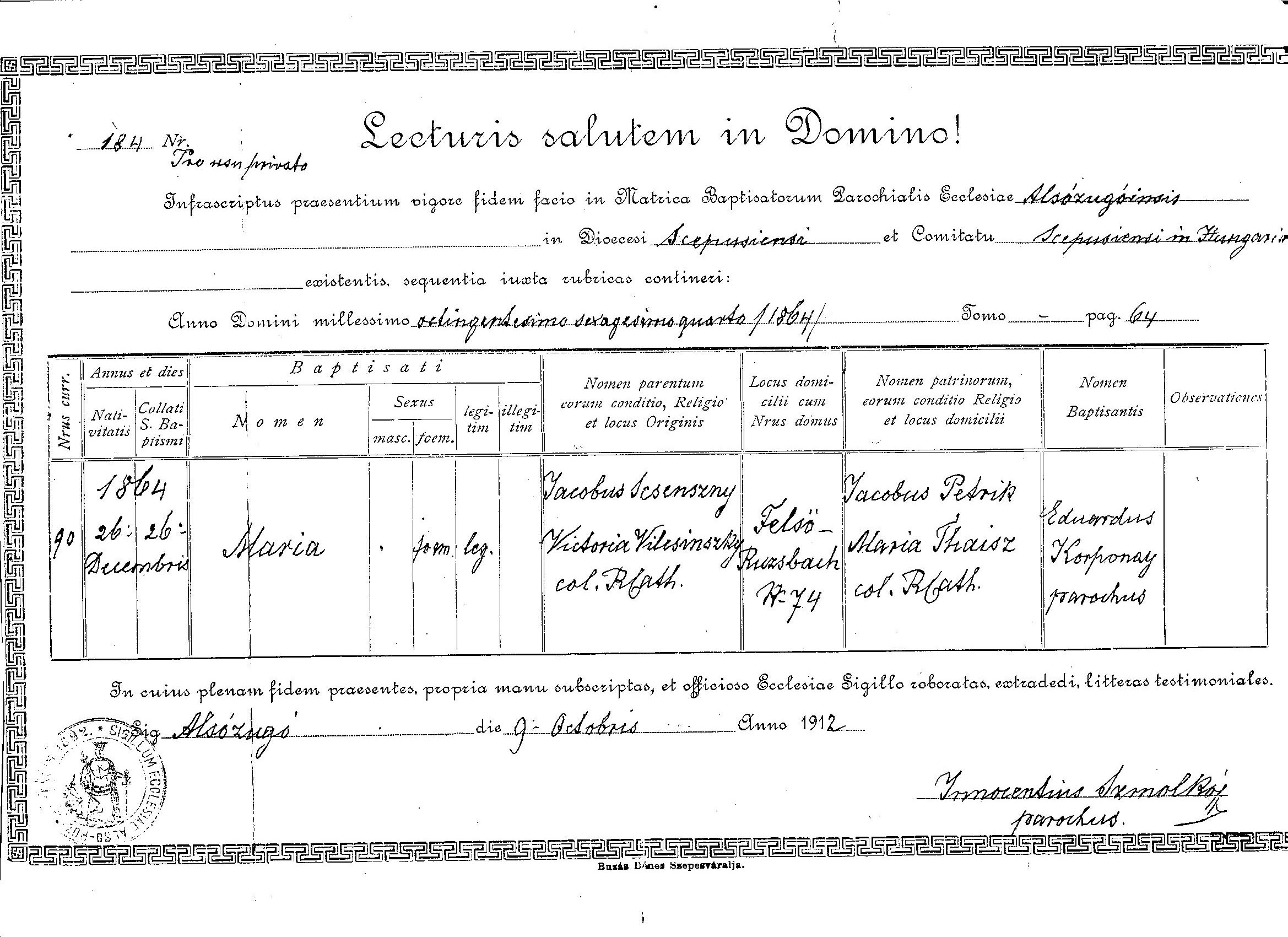 The new genealogical databases in the present day Poland allows to tell the new information about the European roots of the Amercian citizen VICTOR VALENTINE, as every women/men on the planet deserves the memory of her/his family past.

The Amercian citizen VICTOR VALENTINE, who immigrated to the US in the second part of the 19th century, and after this search, who have had in origin the full name as WIKTOR WALANTOWICZ from Austria/Poland. and the place named ROPA. I see from your family pics and notes, the American immigration officer changed his last name from Walanto (wrongly stated with his European papers) to… Valentine, what a American story.

Here is the story from Poland:

1. The big challenge was to tell the Victor’s right family name from this part of the central-eastern part of Europe from the 19th century, before his imigration to America. The etymological works and genealogical databases help to try to tell the Victor’s right origin – last name was not WALANTO (as all read with this, as enclosed the scan,  baptism document confirmation), but WALANTOWICZ !

Etymological explanation: The family last name WALANTO is not noted in this part of Europe (in the 19th century it was under Austria Empire). The very old Polish surname WALANTOWICZ, noted in old Poland from the year 1517, derived from Polish first name Walenty – this from Latin language and Latin word valens (-tis) meaning the strong, mighty person. The Polish surname suffix -owicz is tipical for this part of Europe.

From this Victor’s baptismal record confirmation document, edited by parish ROPA on the 17 of March 1914 y:

(to be noted – most texts are in Latin language, as it was obligatory there and then in the 19th century, and in the first years of the 20th c) = Testimonium Ortus et Baptismi (Birth and Baptism Certificate), made in Imperium (Empire) Austria, Regnum Galicia, Diocese Gorlice, Parochia (Parish) Ropa:

On the 24 August of the year 1859, in the village of Ropa, at the home numbered 20.. the male child WIKTOR (Victor as given with record in Latin) was born, and his parents were:

# His father was TOMASZ (Thomas in Latin, as all the names here in brackets), and his true family name was not WALANTO, but WALANTOWICZ – do suppose this was an error of the parish registrar typing in this document the name in Latin, he wrote Walanto…, and the rest of the name is written very unclear).

# His mother was MARIANNA, the daughter of Jan (Joannis) PIECHOWICZ, and Konstancja (PIECHOWICZ) nee family SITOWSKI.

# With this baptismal record the witnesses were Paweł (Paulus) PIECHOWICZ, and Marianna and Maciej ROŻEN (ROZEN).

For the American Family History Book, here is the photo of Victor’s family ancestral church in this ROPA, constructed in the 1760 year, while the parish ROPA was errected in the 1513 year:

The ROPA church interior, where your Amercian Victor Valentine was baptised, just for imagination of the moment:

And the view of this ROPA from the time of the Victor’s birth and childhood:

Finally, this your family Ropa with Wikipedia:

With all these given family last names the family search will be continued.

2. Thus, we have with this Victor’s baptismal certificate the family names from 19th century Ropa: PIECHOWICZ, SITOWSKI, ROŻEN (ROZEN), and of course WALANTOWICZ.

(It must be noted the ROPA parish books with records had not survived the past in all. After cruel 20th century with WWI, WWII, and 45 years of Comunism after the WWII, it had survived only the records: Births with years 1784-1807, and Marriages with years 1784-1920, and even with these some years with gaps)

And WALANTOWICZ – Marriages – 2 records, and they are very good news, the record of your VICTOR VALENTAINE (WIKTOR WALANTOWICZ as origin)’s parents is found out!:

With the second line would be the members of the Victor’s family from this Ropa (Adam Walantowicz was the brother who stayed at family home in Ropa, while the brother Wictor (Victor) Walantowicz decided to emigrate to America, going 3000 miles over unknown ocean, to look for the freedom for him and his family there?):

Dear J Vicky Moon, and the family in the US,

With the best regards from your family old country Europe – Poland,

PS.”Finis coronat opus” (maybe), I have also some searching databases telling if any family is still living on the same place in the present time Poland. So I’ve checked the surname location in Poland (based on Kazimierz Rymut, “Słownik nazwisk używanych w Polsce na początku XXI wieku” based on Polish system PESEL from 2002 y”, and Polish Phone books abt 2000 year, and could you all imagine, the family of the Victor’s mother Marianna Walantowicz nee family PIECHOWICZ , after much more than 100 years, is still living in this Ropa, Poland.

According to these databases of this Ropa in abt 2000 y Poland are living few person with the last name Piechowicz:

All this data will confirm the Amerciann Victor Valantine’s family roots from this Ropa.

It must be added the last name WALANTOWICZ was so rare, that disappeared from the present day Poland, and the family in the U.S.A. of Victor Valentine is the only one that is saving directly family Walantowicz’s roots and gens on the planet.