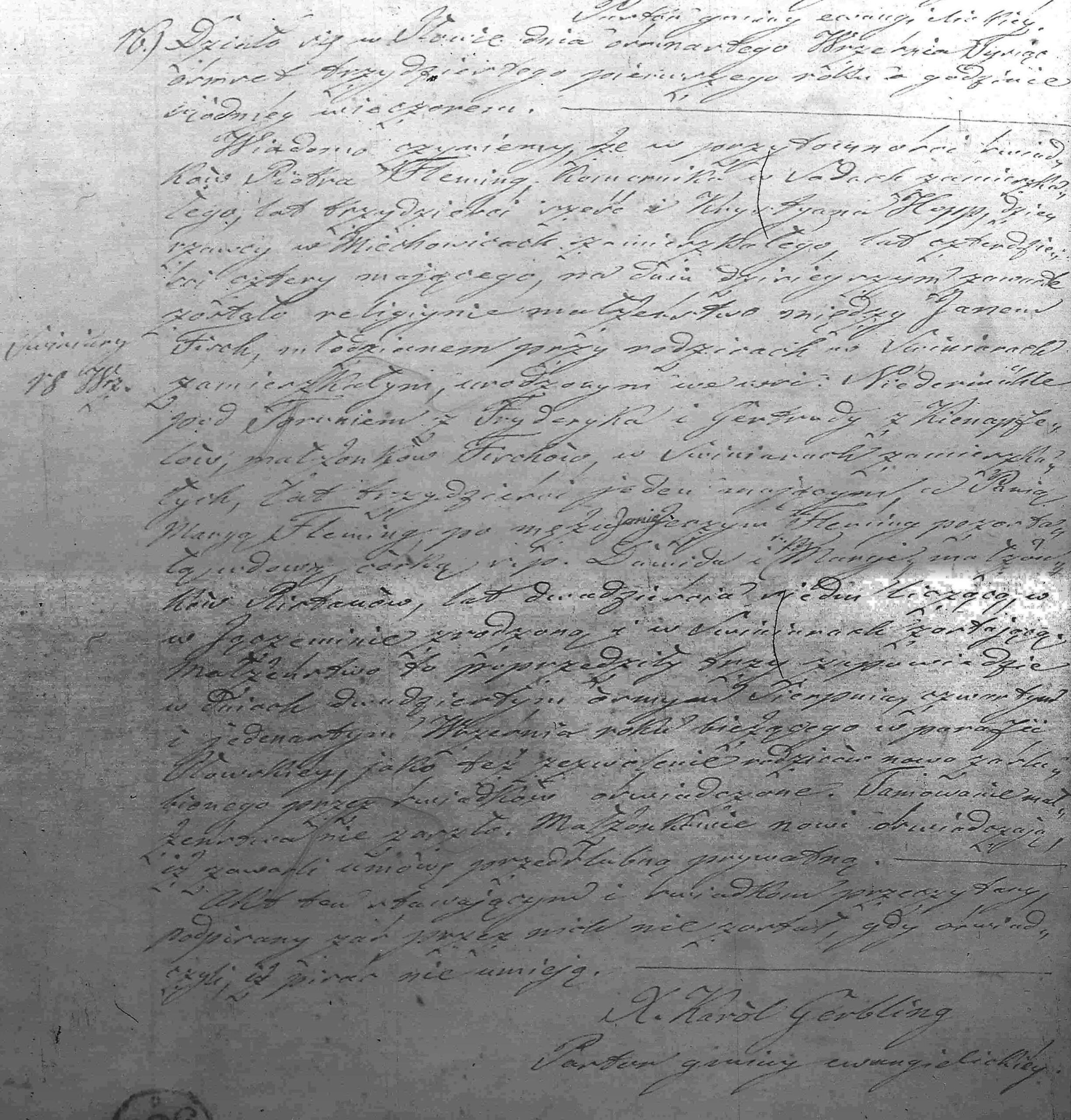 I would appreciate help with translating part of a phrase in this document.

In the beginning of line #18, one sees the phrase, “w Ja ozeminie z rodzona
i w Swiniarach”

I have interpreted Ja ozeminie this way because the first “a” has a tail
that appears to end the word as it does in other words throughout the
document. The only other possibility would be Jagzeminie as a place name
but that “g” would not match the way others are written in the document.

Any confirmation as to whether this is a place name or two other words would
be appreciated.