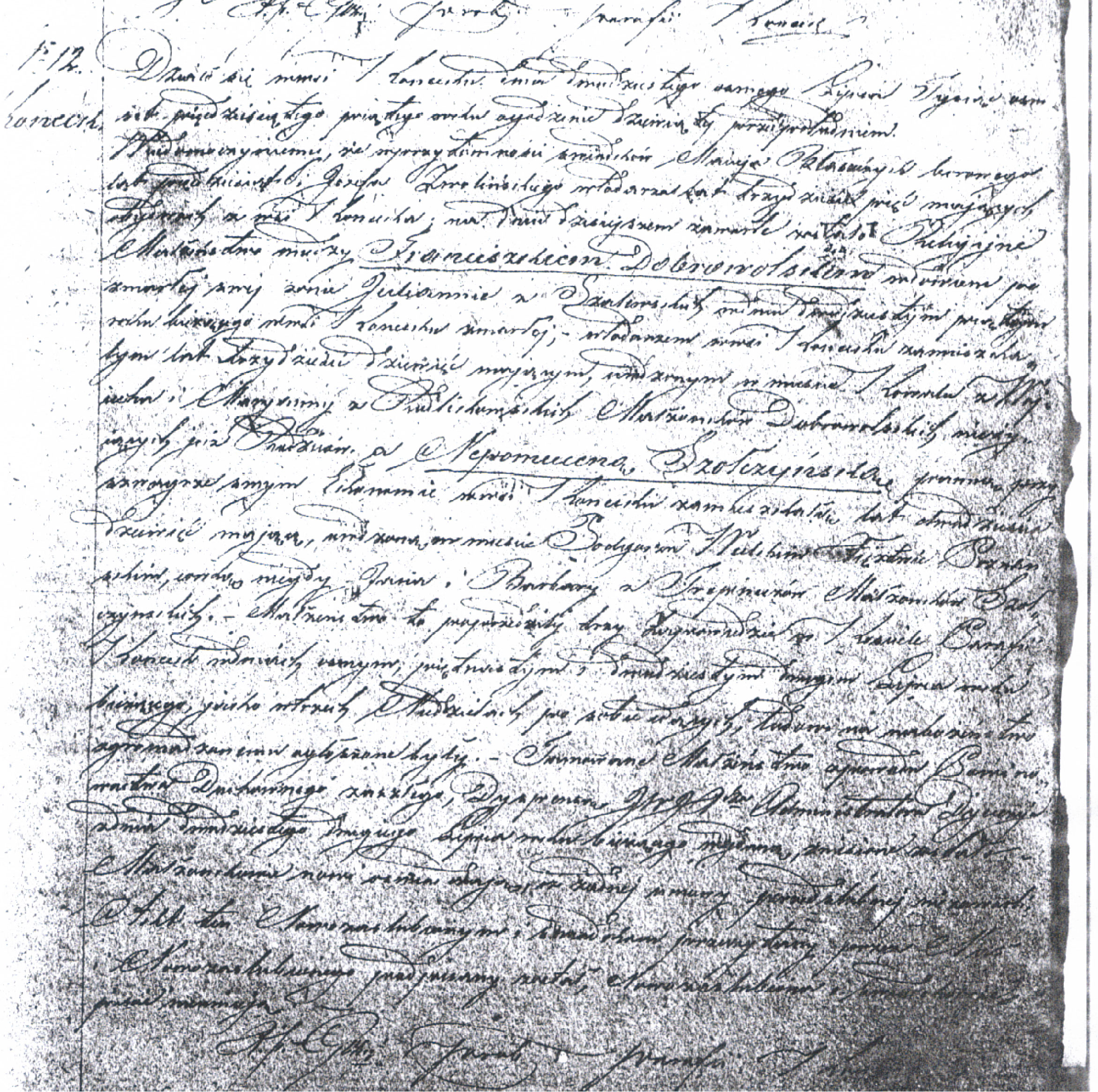 Please help me decipher a few words on the attached marriage record. It is from Koneck parish, 1855. It is the marriage record of Franciszek Dobrowolski and Nepomucina Szołczyńska.

The portions of the record that are giving me trouble are the line or two immediately following both the groom’s and the bride’s names. I believe the groom was a widow and the record talks about his first marriage. The bride has a sentence two lines after her name with four capitalized words that I assume is a place.

Here is my translation so far…

It happened in village of Koneck on day 28? Of July One thousand eight hundred fifty five. Year at hour…..
Knowingly we affirm in the presence of witnesses Macieja Bla….. Josefa Zmolinski….
On day today accomplished was religious marriage between Franciszek Dobrowolski, widow of deceased….Julianne Szalinski? …………….twenty-first year?…….(There is more info here that I don’t have figured out yet…)
Years thirty nine, born in village Koneck to Wojeich and Marianna Prudlichomski?, married couple Dobrowolski
And Nepomucina Szołczyński, maiden age twenty-nine?

(I’m not sure what this next part says…..There are four words that are capitalized two lines below her name??????? Is this a place???)

Marriage was preceded by three announcements in Koneck parish…