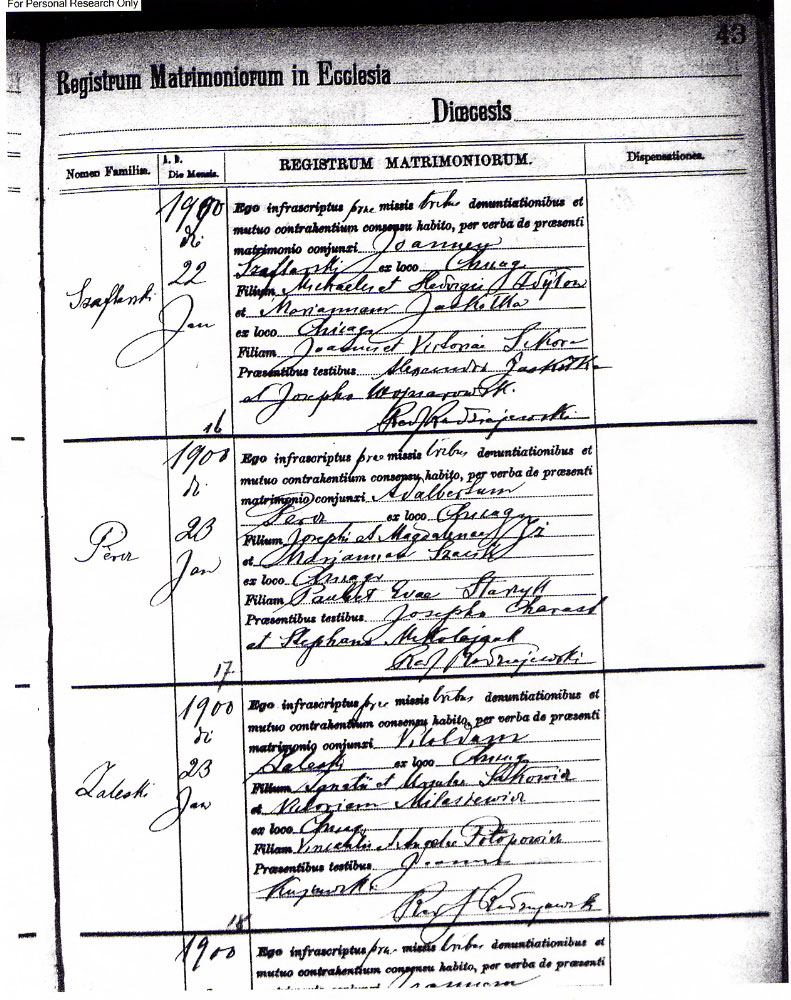 I was given your Web site (sorry, I don’t speak Polish) to send a marriage record to for posting on the http://genforum.genealogy.com/poland/messages/25205.html Web page of Genealogy.com. “Pat” said that you would accept a scan and would upload the document for all on the forum to see for some assistance.

Attached is the full page (Volume 3, page 46 or 47, of the marriage records from St. Adalbert’s Church in Chicago). The record I need help with, although I already have the Latin parts translated, is the third record down on the page, Zaleski. While this couple was Lithuanian, they were married in a Polish church, and the form part of the record is in Latin. Very confusing! The Polish part is the handwriting. I believe the letters were written in the Polish style.

What I cannot make out is the last word (the mother’s surname) on the 5th line in the third record. Some think it reads Lahorvid, some say Lakowicz, some say Sakowicz, could be Lahorwicz…I just can’t tell. I realize that even the names writte in Polish script are in the Latin form (such as Vitaldam for the Lithuanian name Vytautus–he also went by the Germanized version, Witold, and the American version, William).

Can you–or anyone–help with this rather pesky surname? Thank you so very much for your help!