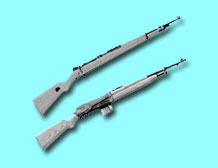 Before World War II, students of the 4th grade of lower secondary school and 1st grade (and probably 2nd grade of secondary school 1) underwent training as part of the compulsory Military Training. I do not know the program for schoolgirls. All I know is that it was significantly different from ours.

Students learned about the organization of infantry units (team, platoon, company), as well as the construction and operation of a rifle, gas mask, offensive and defensive grenades, field telephone, and the use of the “hundred” map (scale 1: 100,000) and the compass . We also underwent a drill and BB shooting course at the shooting range. At the end of the 1st year (4th grade of junior high school), PW juniors (that is what we were officially called) had 3-day field classes. WUT corps of junior high school and high school for them. T. Czackiego had these classes at the training ground near Zielonka near Warsaw. The second year of PW (after the first year of high school) had a compulsory (monthly?) Camp in a military unit. I can’t say much about it, because I didn’t have time to be there.

As part of the training in the first year, we had 2 or 3 shooting from light school rifles and 3 from “real” kb. Exceptional losers and juniors with very good results had additional shooting: “tutoring” for the weak or training for the bronze shooting badge. I remember that the basic shooting took place in a military unit in Praga, and additional shooting at a shooting range in the Saski Garden.

It was a long (over 100 m) and quite wide wooden barrack located on the western edge of the Saski Garden, on the left side of the gate leading to the “Za Żelazną Bramą” square. There were 10 (12?) Shooting positions, positioned quite close to each other. These stands were numbered. Appropriate plates with the station numbers were located under the shooting targets.

In front of the shields, across the hall, there was a canal (a trench?) In which several service soldiers were sitting. They exchanged shooting targets and showed the so-called With a “trowel” (a thin white wooden rod ending with a black circle) places where the test shots were hit (3 “full-time” or additional ones for anti-talents and for trainees and candidates for a bronze shooting badge (silver and gold were shot at a different shooting range).

I found myself at this shooting range at the end of May or in the first days of June 1939, directed by the lieutenant in charge of our PW unit. I was supposed to shoot for a bronze shooting badge.

I was already familiar with firearms. At the age of 12, I learned to shoot a flower (a target, but also, for example, an apple on the top of a tree or magpies on a barn roof), then I shot hunting weapons: with a shotgun for darts, partridges, hares, rabbits and hawks and from the rifle – to the target and to the foxes. I was already a pretty good shooter.

At the shooting range, I had the first or second position to the right of the center. Adjoining positions were taken by unknown to me juniors who came here for “tutoring”. I remember that the officer in charge advised all of us to count the targets from the left side and choose the corresponding position number, because the numbers of the targets were hard to see from a distance of 100 m.

I fired three practice shots. I found after the first that my rifle (or maybe my aiming method) was a bit superior, the second shot was better, but still a bit too high; the third was fine.

Finally 10 badge shots. They had to be returned at a certain time. This time was not very high; it was enough to load 2) a rifle and to aim quietly. The hitting of these shots was no longer indicated.

After the shooting was finished, it took quite a long time to check the weapons of all participants, fetch and read the targets. A lieutenant of our PW squad approached me and said: “I knew you were good at shooting, but to shoot 108 out of 100 possible, it’s a really extraordinary result.

It turned out that one of my neighbors was shooting at my target and even hit the numbered area several times. I had to repeat the shooting (which didn’t bother me too much). Although in my target there were 10 shots well concentrated around field 10 and a few shots in fields 1, 2 and 3, but for formal reasons the shooting had to be repeated. I learned that it was not the first and exceptional case at this shooting range.

I don’t remember how many points it took for the bronze badge and how many I shot. I just remember that I was 3 points short of the silver badge. But even if I exceeded this minimum, I would only get a bronze one, and for a silver one I would have to shoot again after some time – not very long, probably a few weeks -. These were the rules for shooting badges.

1) The pre-war organization of general education envisaged: 6 years of primary school, 4 years of middle school and 2 years of high school.
2) For safety reasons, we were not issued with magazines and we had to load the rifle after each shot.