DZIADY 2007, and another year of birth of A. Mickiewicz, a historical memento from a family of amateur genealogists… 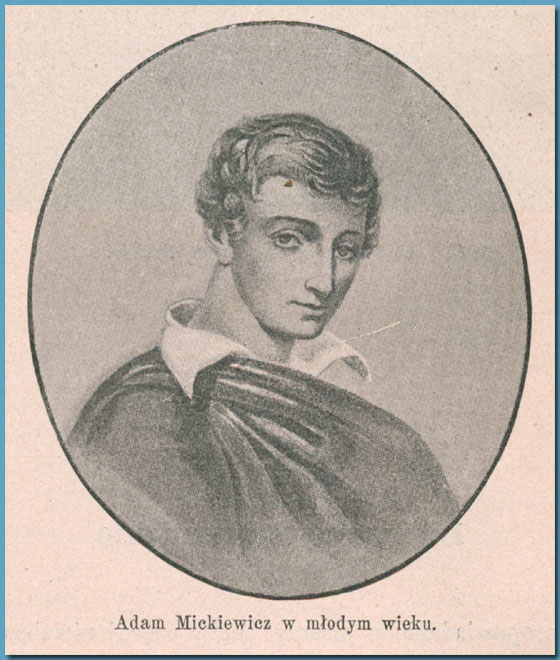 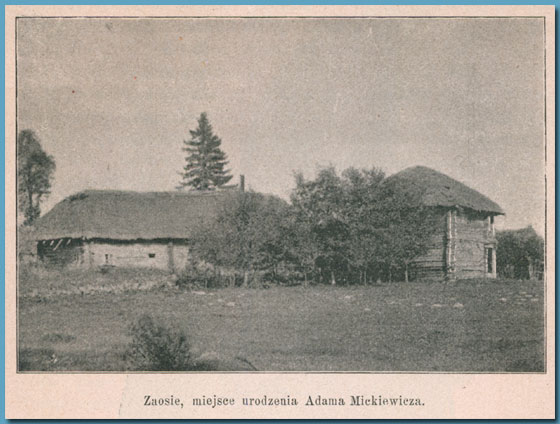 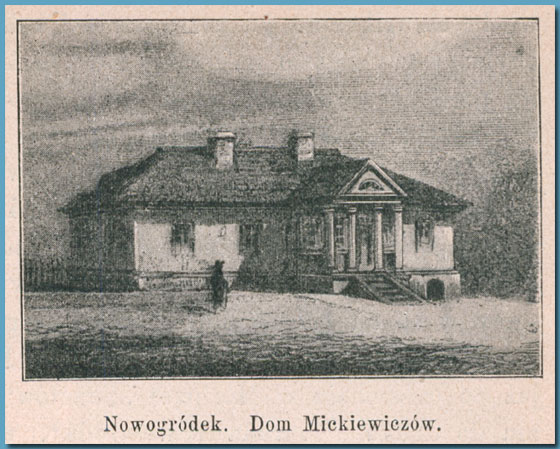 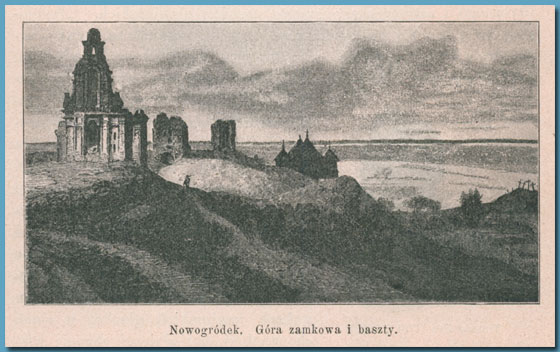 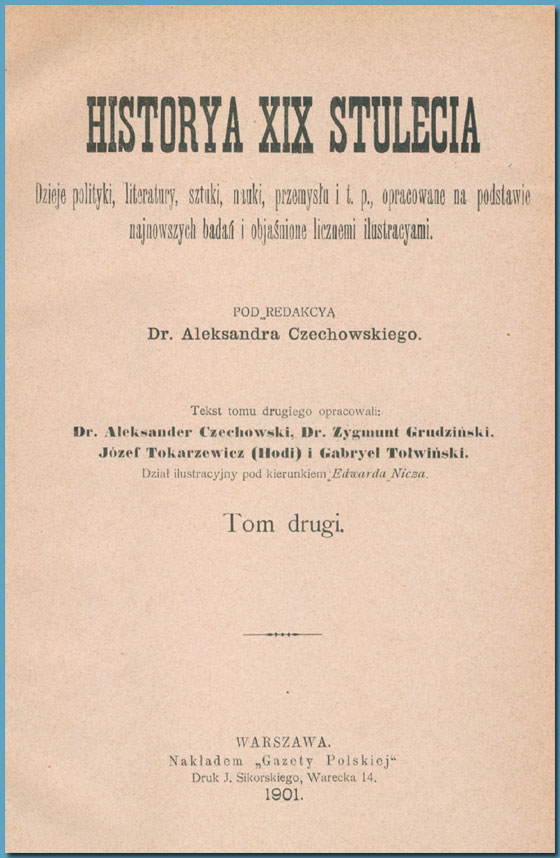 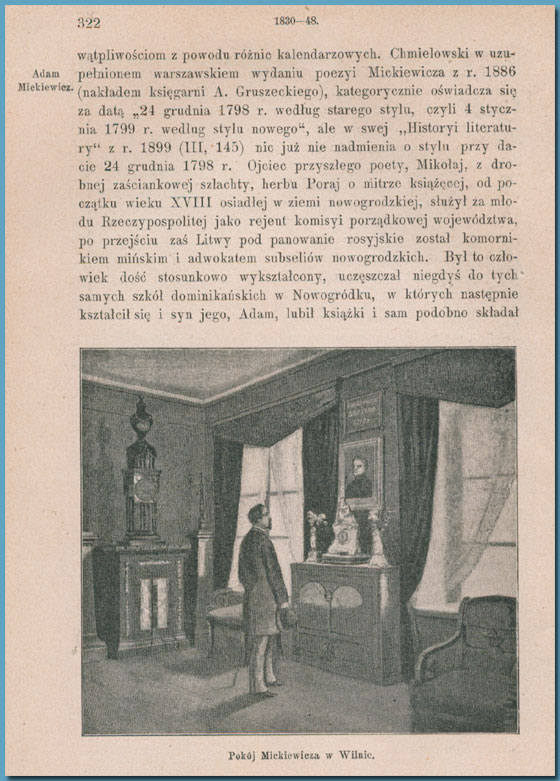 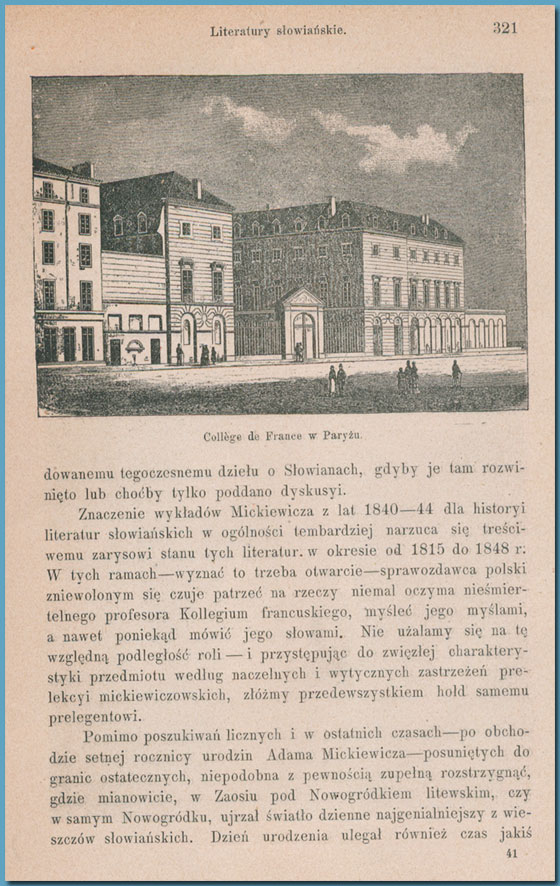 Historical memento from a family of amateur genealogists …

The greatest national bard, our Polish, but also Lithuanian, Belarusian and finally Slavic – that is Adam Bernard Mickiewicz. Born to the father of Mikołaj Mickiewicz, the bailiff of Minsk and the lawyer of Nowogródek, and mother of Barbara Orzeszkówna, Majewska’s first husband. Dawidkowa, a Jewish woman, was the “grandmother” at his birth – that is, the midwife, which may confuse many people about this term. According to all encyclopedias, Adam Mickiewicz was born in 1798, but is he sure? I will try to prove that this year is incorrect. Probably many will consider it as indirect and weak evidence, but does the lack of preserved baptismal documents release us from analytical thinking and disrespect for historical truth?

The encyclopedias give his date of birth as December 24, 1798 and his place of birth as Zaosie near Nowogródek. In both cases, this information appears to be untrue. Zaosie, a small family estate near the same Nowogródek Litewski, took possession of Adam’s family as an inheritance from his uncle about 3 months after the birth of Adam. So was it just Zaosie? Or maybe the nearby Litówka or Osowiec, or maybe the legend is true that Adam was born in the Wygoda inn on the way of his family to his uncle Zaoś, and was baptized in that Nowogródek? While the place of birth cannot be confirmed today, the exact date of birth can be given to researchers who have contact with genealogy and all of us, and given the following reasoning:

I managed to get to a very valuable historical publication from 1901 dealing with this topic and giving another historical source from 1886, the “HISTORY OF THE XIX CENTURY” edited by Aleksander Czechowski, volume II, edited by: Dr. Aleksander Czechowski, Dr. Zygmuny Grudziński, Józef Tokarzewicz (Hodi) and Gabryel Tołwiński, illustration department under the direction of Edward Nicz, Warsaw, 1901, published by Gazeta Polska, Druk J. Sikorski, Warecka 14. Hence, we read on pages 321 and 322: “Despite the search Numerous and in recent times – after the 100th anniversary of Adam Mickiewicz’s birth – have been pushed to their final limits, it is certainly impossible to fully decide where, namely in Zaosie near Lithuanian Nowogródek, or in Navahrudak itself, the most brilliant Slavic poet saw the light of day. The day of birth was also subject to some doubts for some time due to calendar differences. Chmielowski in the supplemented Warsaw edition of Mickiewicz’s poetry from 1886 (published by A. Gruszecki’s bookstore) categorically declares himself for the date “December 24, 1798 according to the old style, i.e. January 4, 1799 according to the new style”, but in his “History of Literature “Of 1899 (III, 145) nothing more about the style at the date of December 24, 1798.”

CALENDAR STYLE AT THE BIRTH DATE OR AN EXPLANATION OF THE TRUTH:

We know from genealogical research that entries of Polish families in parish books in the Russian partition were kept according to the Julian calendar, which was in force in the Russian Empire, sometimes it appeared as an additional entry (possibly in brackets) according to the Gregorian calendar, which is correct for our part of Europe. The difference between these dates in the 18th century was 11 days (12 days in the 19th century, 13 days in the 20th century), in favor of the later date, i.e. the Gregorian calendar. It is clear that December 24, 1798 is a date according to the Julian calendar, while the correct, historically and culturally true date for us is January 4, 1799. Why then did the latter date disappear in subsequent historical studies? The authors’ fear of Russian censorship is almost certain – it was she who decided about all the provisions, it imposed its line of historical thinking covering and the type of calendar used. We know this way of censoring national history and culture in Poland also from the times after the Second World War. Few historians in earlier years mentioned the date of January 4, 1799, but probably for reasons like this, the date was kept in the old calendar style.

Therefore, a question can be asked: should the historical truth and the correct date of birth of our greatest bard be respected? Should monuments be remodeled, encyclopedic entries corrected and the basic date in the biography of Adam Mickiewicz – the year of his birth – should be changed to 1799? In my opinion, yes. This extraordinary man deserves the highest respect for history and all of us, and the memory of the date of birth recorded in the calendar of his beloved nation, to whom he devoted all his feelings, creativity and life. If we omit this, the scathing chuckle of history catches the eye of him and of all of us.

Of course I could be wrong. The issue requires further research by historians. But if I am right, then the monuments of Adam Mickiewicz need to be rebuilt, given the great willingness of others to erect new monuments of the “seers of the nation”.

Greetings to all those infected with genealogy and family history discovery.

member of the PTG of the Polish Genealogical Society

PS I am attaching scans of several pages of the “History of the 19th Century”, including this quote and some interesting illustrations, moving the mind and imagination.